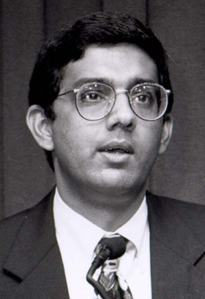 You knew this would happen, huh?

The Obama administration seems to be targeting its political enemies with impunity, now that they know nothing is coming out of the IRS scandal.

The U.S. Attorney’s Office for the Southern District of New York announced the grand jury charges in a statement Thursday. D’Souza is expected to be arraigned Friday in U.S. District Court in Manhattan.

D’Souza, who has written over a dozen books imparting his provocative views on religion and politics, could not be reached for comment Thursday evening. But his attorney, Benjamin Brafman, released a statement to reporters saying that D’Souza’s efforts to help a friend running for the Senate in 2012 was “at most” an “act of misguided friendship.”

“Mr. D’Souza did not act with any corrupt or criminal intent whatsoever,” Brafman said in the statement. “He and the candidate have been friends since their college days, and “at worst, this was an act of misguided friendship by D’Souza. . .It is important to note that the indictment does not allege a corrupt relationship between Mr. D’Souza and the candidate.”

The indictment did not name the Senate candidate in the case. But it appears to be Wendy Long (R), who lost overwhelmingly in 2012 to incumbent Sen. Kirsten Gillibrand, a Democrat. Long raised less than $1 million for her long-shot campaign. [more]

Of course the ‘provocative views’ that Mr. D’Souza has imparted in his books and films are, well, true, as Barack Obama’s half brother George was keen to point out. But when you are a Democrat president who can seemingly get away with anything short of murdering your wife on national TV, who cares? Anyway, few years in the reeducation camp should make this undesirable a productive member of the state, right?

Seriously, the point in these kinds of cases is not to convict the target, nearly as much as to break him emotionally, spiritually and—and this is the real goal—financially. As anyone can tell you, defending yourself against the U.S. government can be expensive.

I hope these charges prove to be untrue for D’Souza’s sake—I’d be willing to bet they are not—but if you are going to take shots at a MSM messiah, it pays to have your sh*t together.

Bonus Music — Rockin’ into the Weekend with Mike

She Killed Three Men for ‘Fun’

Suspect in Custody After Lockdown at Southern Adventist University

Protesters in Ukraine are Disappearing From Hospitals, Others Found Tortured

Media, White House Erupt At Huckabee For Saying Something About Democrats And Women’s Libidos

God Is Watching Pro-Abortionists, Jotting Down Their Actions. Jeremiah 2: 34