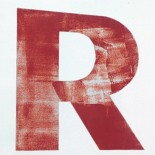 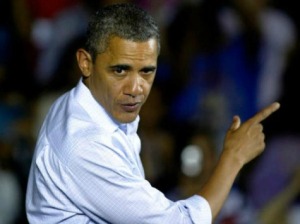 During the 2012 presidential debates Barack Obama emphatically declared that he never had any intention of leaving status of forces troops behind in Iraq. Then spent the rest of his campaign doing victory laps for killing Osama bin Laden and leaving Iraq to fend for itself.

But this week the Barry that lives inside Barack Obama’s head doesn’t quite remember it that way.

Before leaving for vacation on Saturday, President Obama spoke briefly about the genocidal Islamist terrorists who are taking over large swaths of Iraq. When one reporter asked the president if he regretted not leaving any U.S. troops in Iraq, Obama replied that that wasn’t even an option:

Q    Mr. President, do you have any second thoughts about pulling all ground troops out of Iraq?  And does it give you pause as the U.S. — is it doing the same thing in Afghanistan?

THE PRESIDENT:  What I just find interesting is the degree to which this issue keeps on coming up, as if this was my decision.  Under the previous administration, we had turned over the country to a sovereign, democratically elected Iraqi government.  In order for us to maintain troops in Iraq, we needed the invitation of the Iraqi government and we needed assurances that our personnel would be immune from prosecution if, for example, they were protecting themselves and ended up getting in a firefight with Iraqis, that they wouldn’t be hauled before an Iraqi judicial system.

And the Iraqi government, based on its political considerations, in part because Iraqis were tired of a U.S. occupation, declined to provide us those assurances.  And on that basis, we left. We had offered to leave additional troops.  So when you hear people say, do you regret, Mr. President, not leaving more troops, that presupposes that I would have overridden this sovereign government that we had turned the keys back over to and said, you know what, you’re democratic, you’re sovereign, except if I decide that it’s good for you to keep 10,000 or 15,000 or 25,000 Marines in your country… [WS]

Here’s what happened on the planet the rest of us live on:

Which raises the question, Who was the imbecile who gave that guy a press pass?

Let’s be clear: Despite all evidence to the contrary, Barack is the president and the only one who can define what Barack means when Barack says one thing and does another.

Besides, don’t you people know an Arab Spring when you see one? Because Rosa Parks… or something.

When 90,000 OTR kids are storming El Paso like someone put up billboards saying ¡HELADO GRATIS AQUÍ! who are you to say the border isn’t secure?

It’s not Barack’s fault that you’re confused about the contradictions he didn’t make.

Note: Congratulations to Stacy McCain, Bill Hoge, Ali and Aaron Walker for their court victory! The truth does win out, guys!

‘Hi, We’re Lesbian Feminists and We’re Here to Talk to Your Daughter About Sex’

Alabama Teacher, 39, Gets Five-Year Sentence for Sex With Boy, 14

What To Think Of Kevin Drum

Jay Cost, At Least, Agrees With Me

‘This Isn’t Mexico … This Is America…’

The Slippery Slope of U.S. Intervention

Chicago Teachers Union Prez, Who Rails Against ‘The Rich,’ Owns Three Homes — Including One In Hawaii

Lib Feminist Leader Calls for Free Tampons for All

3 comments on “Barack: A History Lesson”