Motor City Misfire: Too Many Votes… for Hillary? 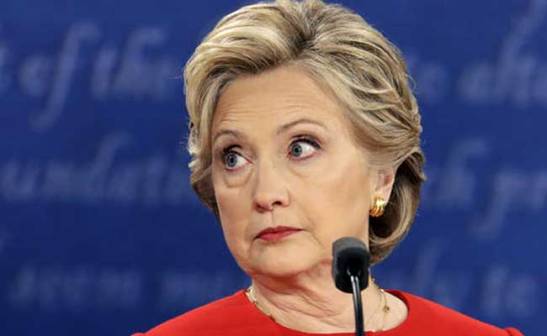 Whether Team Hillary put Jill Stine’s big green losing machine up to the recount or not, Clinton’s failed campaign has definitely sought to capitalize on Stine’s transparent attempt to delegitimize Trump.

Instead, the opposite seems to have occurred.

Voting machines in more than one-third of all Detroit precincts registered more votes than they should have during last month’s presidential election, according to Wayne County records prepared at the request of The Detroit News.

Detailed reports from the office of Wayne County Clerk Cathy Garrett show optical scanners at 248 of the city’s 662 precincts, or 37 percent, tabulated more ballots than the number of voters tallied by workers in the poll books. Voting irregularities in Detroit have spurred plans for an audit by Michigan Secretary of State Ruth Johnson’s office, Elections Director Chris Thomas said Monday…

The Detroit precincts are among those that couldn’t be counted during a statewide presidential recount that began last week and ended Friday following a decision by the Michigan Supreme Court. [read it]

That’s right, the election in Detroit was so corrupt in Hillary’s favor (some votes were tallied as many as six times), that a federal judge stopped the recount and ordered a complete audit of the system.

Frankly, we Californians don’t know what all the hubbub is about; out here we have a longtime tradition of too few voters to satisfy the Democratic Party’s math.

Anyway, I guess this means no belated Springsteen concert?

Election Therapy From My Basket of Deplorables

Never Argue With a Feminist

Hillary Is Madonna or Something

IT’S BEEN A DEBACLE: Donald Trump Wants to Slash the F-35 Program, But It Won’t Be Easy.

CLAUDIA ROSETT: If Russian claws dug into US politics — Obama, not Trump, let it happen.

LAWYER UP AND PUNCH BACK TWICE AS HARD: Attorney Shawn Steel: Professor wanted to identify, humiliate & shame students who voted for Trump…she’s a bully.

FORTUNATELY FOR THE GOP, DEMOCRATS WON’T LISTEN BECAUSE THEY’RE TOO INVESTED IN THE SMUGNESS: Bernie Sanders On Why Trump Won:

Elizabeth Warren aims for Trump, punches HER OWN SUPPORTER in the face by accident

3 comments on “Motor City Misfire: Too Many Votes… for Hillary?”